I received an email from Darrin in Orlando USA inquiring whether I could repair his whip. I asked for some pics and this is what I got: 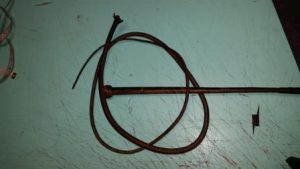 The whip is a 20 strand roo hide made in London by a leather goods company, I asked Darrin were he got the whip and he found it in a second hand store and had had it for a number of years. The good news was I could fix it but I suggested he hang it on a wall and not use it and admire the craftmanship in the plaiting, so he sent the whip and the end result was not too bad. 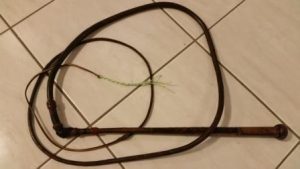 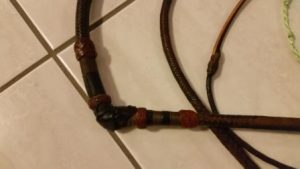 I sent the whip back to Darrin who was very happy with the repair and now I’m on the hunt for another 20 strand whip for him.