Today (2/2/2014) was the first meeting of the Australian Plaiters and Whipmakes Association Toowoomba branch, and one of the guest speakers was Lorraine Grant (Ashton) of Asthon’s Circus. 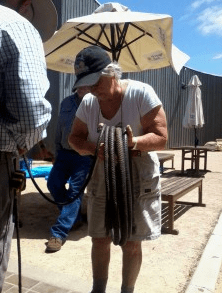 Lorraine started cracking whips at the age of 4 and performed her first show with her brother at the age of 14. While in the circus Lorraine travelled all over the world to countries such as Monaco where she performed in front of Prince Rainier, Grace Kelly and screen royalty Cary Grant who personally thanked them and enjoyed their show.

All this makes you want to run off to join the circus.

Ashton Circus was the first circus to travel to Darwin by road, way back in the day and folks would come for miles to watch the show.

Lorraine, now in her 70s, is an expert at cracking whips and gave us a demonstration of her skills.

Over the years she was able to crack whips from 4ft long to 30 ft long. Lorraine said the 30ft whip was last cracked 12 months ago and she put that down to fitness. 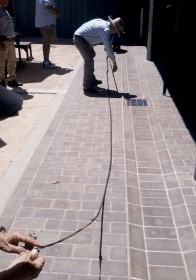 Lorraine knew who made most of the whips she had with her and her knowledge of how a whip should be made and how it should fall was amazing. The man who taught Lorraine all her skills was her grandfather, Joe Ashton, who was a driver for Cobb & Co, so it was interesting that our meeting was held at the Cobb & Co Museum.

Thanks Lorraine for coming along – I really enjoyed your talk. 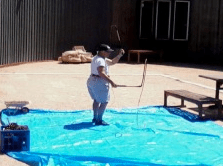 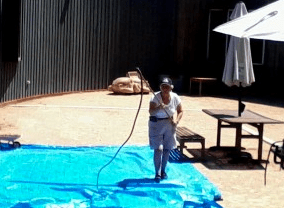 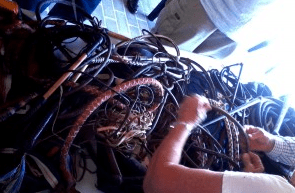 A selection of Lorraine’s whips